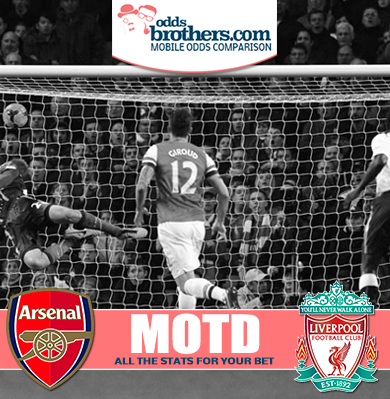 With the dust settling on the UEFA Euro 2016 qualifiers, the Premier League returns in full force. This weekend’s Main Match ignites on the early kick off on Saturday, as Arsenal host Liverpool. Now that the competition is entering its final phase, the stakes are higher than ever. The Gunners are chasing down Man City in 2nd place, while Liverpool needs a win to keep hopes for next season’s Champions League alive.

In short: Time to get out our stats and set you up in scoring position, so you can place your winning bets.

Arsenal have been winning at both half time and full time in their last 7 home matches in the Premier League.
Arsenal win/win: 2.60 – betway

There have been under 2.5 goals scored in Liverpool’s last 6 away games in the Premier League.
Under 2.5 goals: 1.90 – betway

There have been over 2.5 goals scored in 7 of Arsenal’s last 8 games in the Premier League. 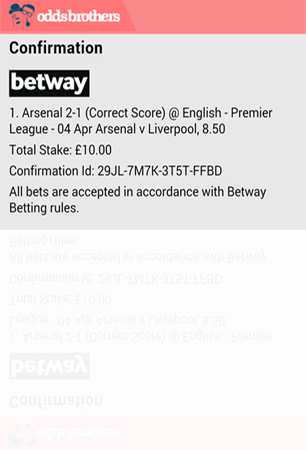 Arsenal are undefeated in 17 of their last 18 home matches against Liverpool in all competitions.
Arsenal win: 1.83 – betway

Arsenal have seen over 2.5 goals in their last 3 matches against Liverpool in all competitions.
Over 2.5 goals: 1.80 – betway

Never a dull moment when these teams go head-to-head, so prepare yourself for a cracking Saturday afternoon.
Both Arsenal and Liverpool have been in prime form the past few weeks, with Arsenal winning on points.
Add to that the home advantage, and Wenger’s lads are favourites to come out on top.